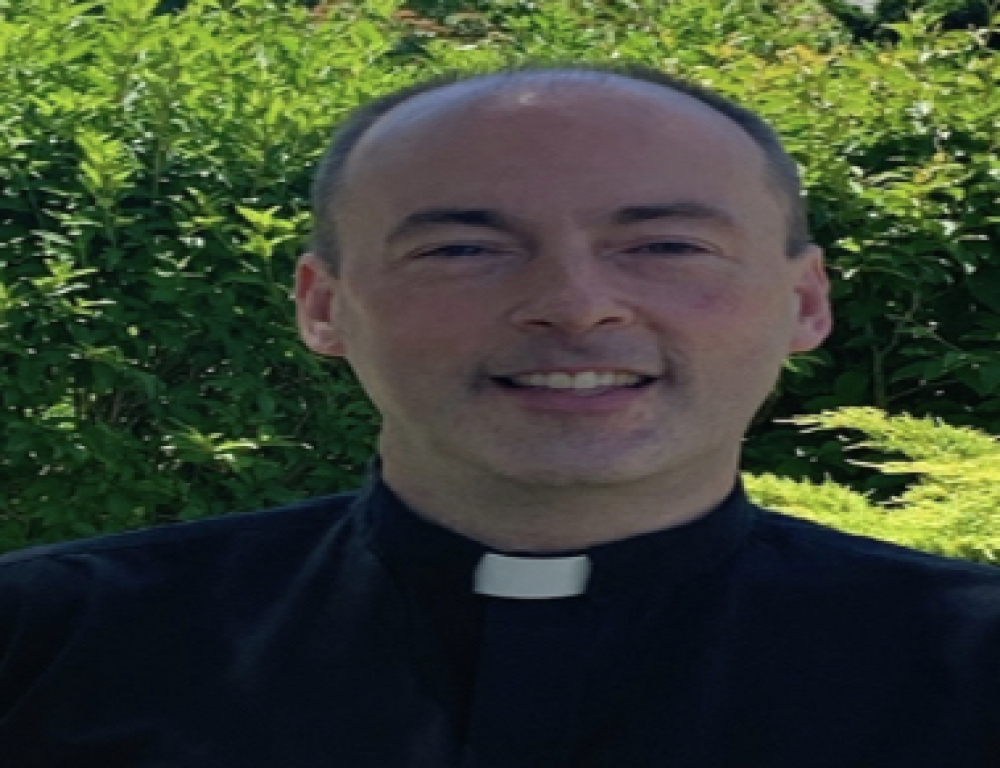 Father Timothy Reilly was raised in (neighboring) Riverside and was a member of St.
Brendan’s parish growing up. He graduated from Riverside Junior High School (now
Riverside Middle School) and East Providence High School. Father Reilly received a
Bachelor’s degree in Communications from Boston University before beginning his formation
for the priesthood in 1998.

From 1999-2003 Father was assigned to the Pontifical North American College in Rome for
theological studies, and obtained a Bachelor’s degree in Sacred Theology from the Pontifical
Gregorian University. On June 28, 2003, Father Reilly was ordained to the priesthood at the
Cathedral of SS. Peter and Paul in Providence by Bishop Robert Mulvee. After his
ordination, Father Reilly returned to Rome and completed a Licentiate in Canon (Church)
Law in 2004.

Upon returning to the United States in 2004, Father served as assistant pastor of St. Francis
of Assisi parish, as well as campus chaplain at the Prout School, both in Wakefield, RI. In
2006 he was assigned to serve as assistant pastor of St. Brendan’s parish in Riverside, and
also assigned as the Vice Chancellor of the Diocese of Providence. Since 2008, Father Reilly
has been residing at the Seminary of Our Lady of Providence serving as Assistant Director of
Spiritual Formation and has been involved in the seminarians’ program of priestly formation
as a spiritual director. While serving in this capacity, Father has also served as Vice
Chancellor and since 2010 has been serving as Chancellor of the Diocese of Providence.

Father Reilly will remain as Chancellor while he assumes the most crucial duty of them
all...as a first-time pastor of souls for St. Luke’s parish.